John Dumelo was born in Ghana. He had his basic education at Christ the King School in Accra. He attended Achimota School and further studied Civil Engineering at Kwame Nkrumah University of Science and Technology and later enrolled in GIMPA’s School of Public Service and Governance. He started acting in the early 1990s in a 1991 movie called Baby Thief. 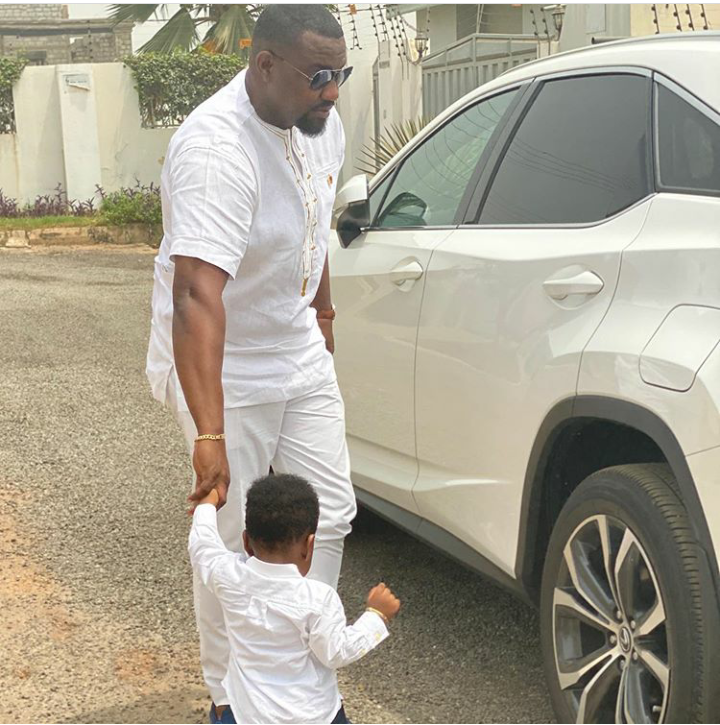 John Dumelo is married to Gifty Mawunya Nkornu. He held a grand wedding at Royal Senchi Resort in Akosombo. The couple’s first child was born on 16 October 2018. He is named John Dumelo Jnr. after his father.

John Demelo is a young Ghanaian actor, TV personality, musician for once, and politician has set social media buzzing with beautiful, cute, and adorable photos of himself, wife, and son.

One of the photos has John Demelo and son in an all-white outfit whiles the wife Gifty Mawunya Nkornu was in a straight red dress. 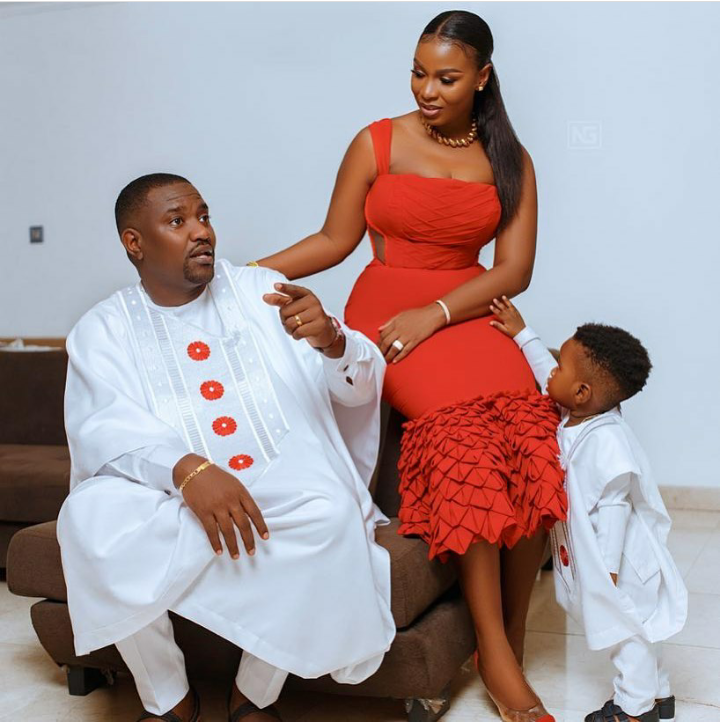 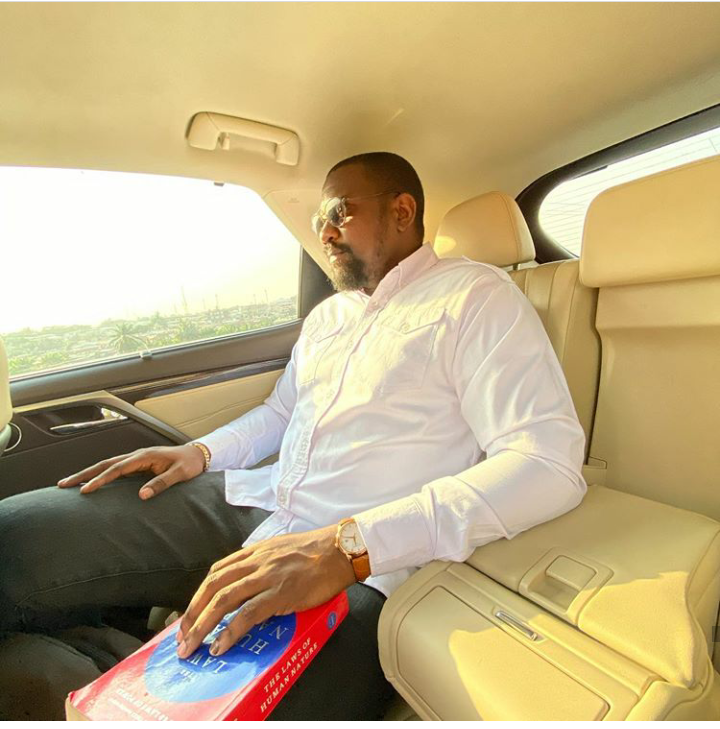 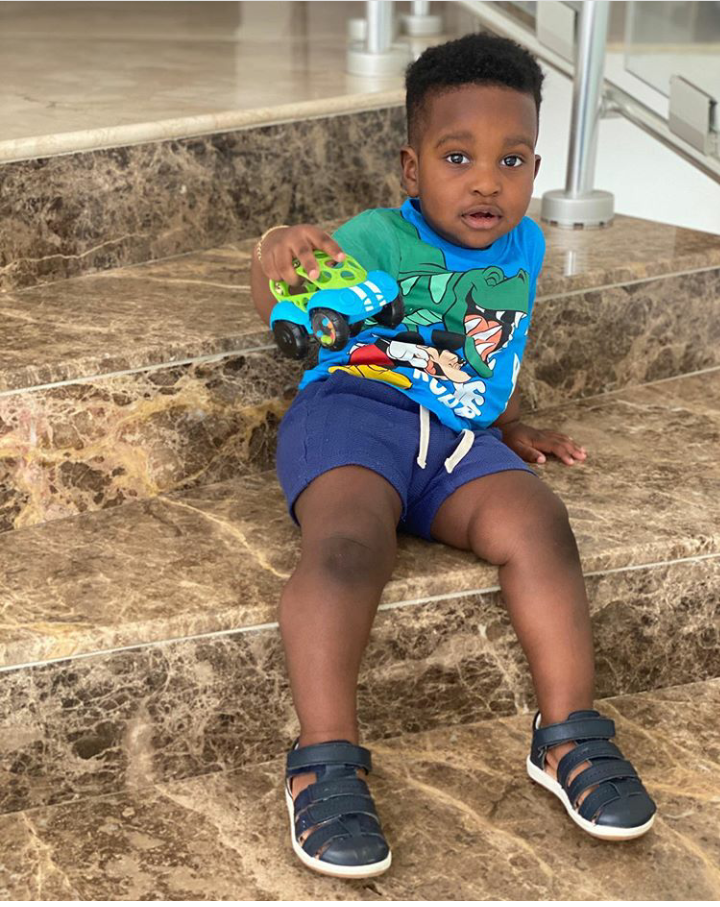 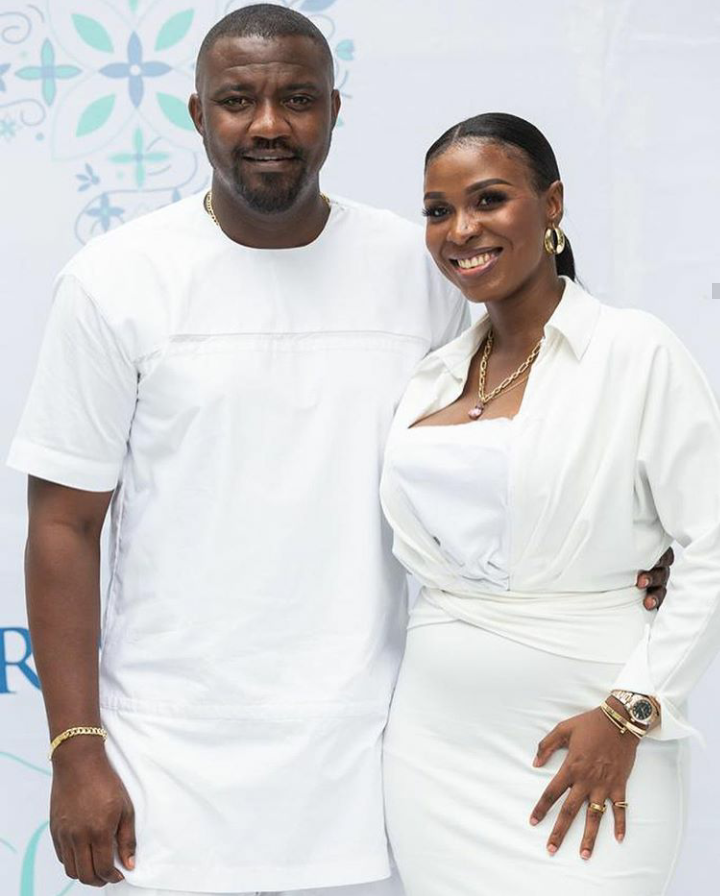 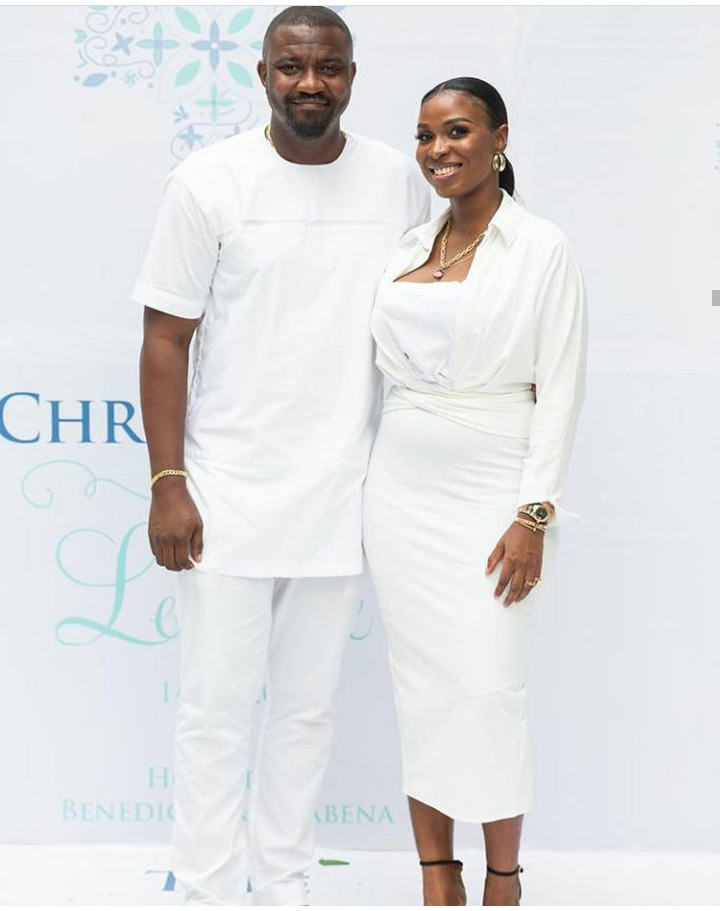