The 6-year-old was perched on former NBA star Stephen Jackson’s shoulders when she gave the statement in the city of Minneapolis. This was minutes after her mom stood up for the first time obliging justice for her daddy 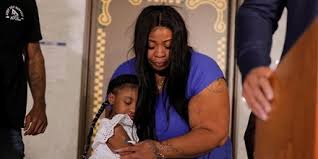 During the protests and chaos that hit numerous parts of the globe and majorly in the US, it is, it is stunning to see a 6-year-old saying that her father’s demise was not futile. It goes without saying Gianna would completely have her father, George Floyd, by her side but for her to support the change it brought in the world is much awesome. 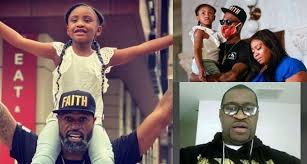 This comes after a video was shared widely online in which Gianna offered an extraordinary statement that warmed the hearts of many. The little girl sitting on former NBA star Stephen Jackson shoulder, a friend of the late Floyd, gladly grinned and yelled: “Daddy changed the world.” 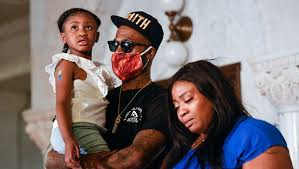 This touched many who shared their messages of encouragement promising to make the world a better place for her in the future:

Jennifer Mathias @Jtayl0122 “My heart is both smiling and breaking at this at the same time.”

Be A King ✔ @BerniceKing “Daddy changed the world.” ~6-year-old Gianna Floyd about her father”

Dave Hartman @HartmanDave ” We’ll make sure your Father’s name is remembered, honored, and a force for good. ”

You can also watch the video here https://www.instagram.com/p/CA8vNkyhmlN/?utm_source=ig_embed&utm_campaign=embed_video_watch_again

Tags:George Floyd
share on: FacebookTwitter Google +Pinterest Tumblr Linked Indigg
Email
Email check failed, please try again
Cancel
previous article
I Have Helped A Lot Of People Including That ‘Outspoken MP’ Kennedy Agyapong – Azumah Nelson
next article
Fearless Woman: it is senseless for Kennedy Agyapong or anyone to question what I do – Cecilia Marfo